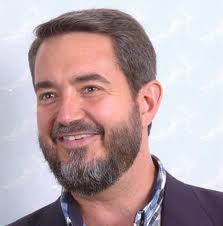 ...He'll direct our attention away from the hot-button issues, which are really peripheral issues -- such as the battles over liturgical language and decoration. , [k.c.'s emphases].....We'll see very soon how this plays out in his pontificate. The synod in October will conclude the Year of the Eucharist with a Churchwide reflection on the Eucharist. Watch for the themes I mentioned: the heavenly liturgy, the de-politicization of the liturgy, [k.c.'s emphases] and the re-sacralization of the liturgy....

Thankfully, I believe,  Dr. Hahn's prediction of a resacralization of the liturgy did occur, however it seems to have occurred thru  Pope Benedict XVI's emphasis upon what Dr. Hahn said would not be emphasized......
or am I reading him wrong....?

Posted by Kneeling Catholic at 8:22 PM