Brigitte Traeger is her name...


I noticed Brigitte has a contact address for concert requests....leave a comment if you would like me to get it too you.
Posted by Kneeling Catholic at 2:06 PM No comments:

Sorry to be so late with this... 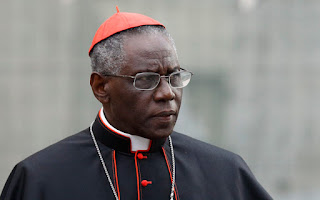 Congregation for Divine Worship and the Discipline of the Sacraments HEAD Cardinal Sarah is calling for kneeling for Holy Communion.

kneeling, on the tongue

Cardinal Sarah>>>>>>>>>>>>>>>
“Why are we so proud and insensitive to the signs that God himself offers us for our spiritual growth and our intimate relationship with Him?” the cardinal asks. “Why do we not kneel down to receive Holy Communion on the example of the saints? Is it really too humiliating to bow down and kneel before the Lord Jesus Christ?”<<<<<<<<<<<<<<<<

It is utterly amazing that Cardinal Sarah and Pope Francis' MC Guido Marini are continuing the 'Reverence Revolution' right under the noses of modernists.  Reports of their demise are exaggerated!

[[Update: PRAYTELLBLOG attacked Cardinal Sarah's remarks and Father ANTHONY RUFF, the BLOG administrator, went full blown fundamentalist!  He noted that the Bible shows no regard for Eucharistic 'crumbs', therefore WE SHOULDN'T EITHER?????!!!!!....

here are Father Ruff's words......<<<I see no evidence in the New Testament, in any of the preaching of Jesus, in any of the accounts of the Lord’s Supper in Paul, to support worrying about crumbs. None. I see emphasis on something else: love, ......>>>>

Wow! what an empty argument! This is what we would expect arguing with fundamentalist baptists or scoffers who ridicule the Sacraments....
" ______(fill in the blank with any Catholic practice, e.g. statues, stained glass, organs, church buildings, saints, vestments, rosaries) are not in the Bible, zero, nada, zilch, KABOOM, CHECKMATE, I WIN, NEENERNEENER!!!!"

Posted by Kneeling Catholic at 3:30 PM No comments: 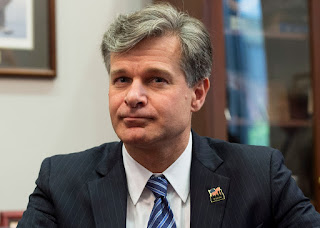 If the President doesn't see this, I will be scandalized!
Posted by Kneeling Catholic at 7:29 AM 2 comments:

Another upbeat, optimistic blog post!  The students interviewed below represent 100  Saint John Paul II High School students who marched for life this past weekend.  As mentioned in the title, the school is overwhelming Mexican American while Corpus Christi's other Catholic high school is mostly 'anglo' and more affluent. It does not support the March for Life.

This school was founded by our Bishop Emeritus Edmund Carmody (back in 2007 I think)
I am very proud that SJPII has such a dedicated tradition of pro-life activities and solid teachers, like Mr. Nye-who is also present in the interview below. (full-disclosure: three of our children were students of Mr. Nye) 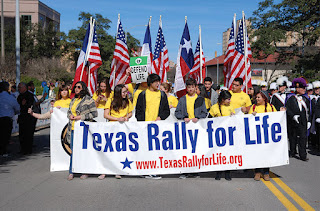 Listen to four of this year's marchers being interviewed yesterday on our local radio station.....