Friends, there ARE White Supremacists who glom onto legitimate causes, like e.g. defending the Cross of St Andrew's Confederate Battle Flag.! Here is my response to one of them..........

(Karl the White Supremacist):
All this may be academic in a few decades. The South will be majority Black and Hispanic. By 2050 whites will be a minority in the United States. The greater cause is to lead a secessionist moment of the still remaining majority white and politically sane states while there is time to at least save a portion of our race via the formation of a white Ethno-State...


By Wilmot's own admission, many abolitionists' main goal in keeping America's new western states 'free' was to keep them black-free and for the white race ONLY. Mr. Wilmot and his ilk could not abide the sight often seen in the old South where blacks and whites intermingled, attended the same churches and one another’s weddings, where White Southerners took on African nicknames like Goober and Bubba, where slave owners children were nursed and raised by black Mammies and frolicked with their African children. It was all toooo intimate for the Yankee puritans! 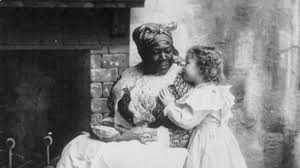 paternalistic and brutal, the Old South culture was very bad at distilling a pure white race -if you are into that sort of thing. .....Sad to say- YOU ARE!

Recent DNA studies prove that the unsuspecting southern WHITE man-even after 150 years of segregation- still has more African 'blood' than any other group of American whites. AND grab your smelling salts!-- not all of it sprang from “Romeo and Janelle” couplings but also a good bit comes from “Rodericks and Juliets” .


e put prayer and Jesus Christ at the center of our public schools and universities., when we zealously the tax multi-national corporations who bear us no allegiance, the vast assets of all the zillionaires and endowments and corporations who pushed same-sex marriage and Planned Parenthood upon us and who otherwise have made war on our Christian culture.

With all that loot we could support Christian healthcare for all or some other worthy cause. We could also require our new citizens to swear acknowledgment of our Lord's authority over the secular government.


Posted by Kneeling Catholic at 3:39 PM No comments: