Watching Holy Communion in today's Pentecost 'Lay Ecclesial Movements' Mass would make one think that Kneeling Catholic is making stuff up!..... i.e. this blog has claimed that Francis is trying to eradicate hand Communion.

(at today's Mass) 'Just look at all the priests handing out our Lord like He is popcorn or something!  AND Look at all the 'lay ecclesial people' strolling up and grabbing the Host and walking away without priests bothering to ensure that they consume the Host! (e.g. 1hour27min28sec)  Will no one wake these people up?!

Ah, but then--praise be to God! At 1hour27min46sec and 1hour28min04sec actually [[three times within a few seconds]], the camera catches people people being denied hand Communion.  The Holy Father's desire becomes evident.  How many times have we seen people refused hand Communion at Francis' Masses? (almost at least once within each papal Mass' broadcast [[3, maybe 4 times in this broadcast  (!!!)--also at 1hour26min15sec ).

...How many times were people corrected-on-camera for irreverent reception of the Eucharist under Pope Benedict? ( once during his entire pontificate).  Benedict's desire for reverence before the Holy Eucharist was well known...but he was reluctant to use any admonishment....remember how Queen Sofia of Spain man-handled the Holy Father?  [http://kneelingcatholic.blogspot.com/2010/12/her-highness-gets-little-higher.html]   As I pointed out in last week's post.....'there's a new Pope in town'.

Our new Holy Father is 'big' on the 'acts of Charity', two of which are: 'admonish sinners' and 'instruct the ignorant'.  It is not cruel to expect Catholics to 'wake up a little bit' when approaching the Holy Eucharist.  Rather, it is an act of charity!!  I really believe Eucharistic reverence must be the first step for Catholics who seem to have drifted into no-man's-land.  'Body-English' needs to match what we believe in our hearts....or at least what we SHOULD believe.


Am I being too judgmental --attributing 'cowardice and inattention' to priests who no doubt have been instructed to correct hand communicants but continue to do 'whatever'.?   How do I know this 'instruction' exists?  Deduction!  i.e. no priest would dare go against the crowd clamoring for hand Communion, --as we see happening at almost every papal Mass now-- without the Holy Father's backing.
Posted by Kneeling Catholic at 11:56 AM No comments:

Thanks to 'Picasso' of Gloria.tv for this image!!!!

more thanks to anyone who can tell me where this photo came from!!
Posted by Kneeling Catholic at 11:04 PM 1 comment:

In an earlier post,  yours truly lamented how Pope Francis' outdoor Masses seemed
to be relaxing reverence for the Blessed Sacrament....  not in
comparison with Benedict's and JPII's -whose were quite dreadful per se, but rather with Francis' own high
standard which he himself has set for ' indoor Masses [e.g.  zero hand Communion from
Pope with even the ordained kneeling to receive from the Holy Father,  people  being abruptly reminded to receive on the tongue  ]
I think I spoke too soon!  At the Sunday 12 May canonization
Mass...held outdoors, the Franciscan 'abrupt reminders' were back out in force and caught on camera @ 130min 30sec!!!  There were some priests who still did 'their own thing' and passed out our Lord like Mardi Gras tootsie rolls, one of these distributed to physically and mentally handicapped persons.  (I agree with not embarrassing such people!)   Hand communicants were definitely a very tiny (and shrinking) minority of those caught on camera.


Earlier predictions by traditionalists and progressives, that Francis would...
1) fire Mons. Guido Marini, and replace him with 'dancing-girls-Marini'.
2) roll back Benedict's 'reform of the reform'
3) hold outdoor balloon Masses and (and ordain women and declare sodomy legitimate)
have not materialzed....

As even the pessimistic Rorate Caeli bloggers have stated:  we have little to make predictions from other than from what has already happened  e.g. today we would be blind and irresponsible not to note that we had.....

1) maintenance of the Benedictine altar arrangement
2) Gospel chanted in Latin.
3) The Holy Father reciting the Mass in Latin--(yes, 'pro multis')
4)  The congregation and choir reciting the Gloria, Credo, Sanctus, Pater Noster, Agnus Dei in Latin.
5) The Pope's communicants kneeling to receive and an 'abrupt reminder' to one poor lady who apparently forgot  that there's a new pope in town!

People like Seenyor Boffo and others who try to use Cardinal Bergoglio to assure us about what Pope Francis will 'really do', have already earned themselves a place with Dante's buttocks facing hall-of-famers.  My advice to them, and to me, is:  'watch and learn'! (and leave the psychic stuff to real professionals ........

Mons. Aparecido Goncalves de Almeida is a member of the Brazilian traditionalist blog, Salvem a Liturgia!

Yes, there are many appointments going on,[[which I have failed to keep track of]] and many of my traditionalist friends, I am sure, are afraid I am putting a 'brave face' on a grim situation......but Mons. G Marini is still papal master of ceremonies. Is there no hope?  aren't we commanded to hope!!

maybe the dissident Boff is right!  maybe it is springtime!
Posted by Kneeling Catholic at 11:42 PM No comments:

Pope Francis' Media Honeymoon is Over

about Francis' 08MAY sermon to women religious.

She is perhaps the first of America's dissidents to stop 'whistling in the dark' i.e. hoping that if they flatter the new Pope lavishly enough, then maybe he will become so dazzled that he might ordain women....

Henneberger is starting to realize...unlike some traditionalists....that the Pope's foot-washing controversy had nothing to do with moving the Church towards priestess'. 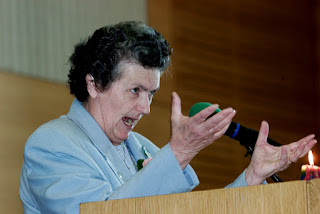 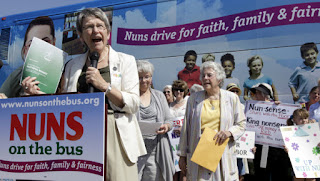 [the children in the background are fake] 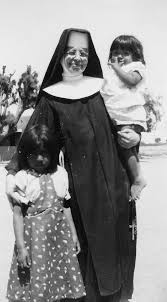 [these are real children!]
Posted by Kneeling Catholic at 1:18 PM No comments:


all in all, there were ((only!)) five caught on film.  Keep in mind, a camera can lie...by focusing in on something very rare and overlooking the 'big'.....

I mention this because we no longer are being  allowed --for some reason-- to view the Holy Father distributing Holy Communion  [and it is a safe bet that his custom of making /deacons/priests kneel for Holy Communion on the tongue endures].  The camera instead jumps to priests distributing to the crowd....a process which can trend towards chaos; at least it has in recent history and even under Pope Benedict!!

It would be very helpful if one of the thousands of people with i-phones attending Vatican Masses would either upload their own 'unofficial'  video, and let me know where to find it.... or email it to me @ kneelingcatholic@gmail.com :-).

Then we might see something the people-that-run-things are trying to hush up!  As it stands, outdoor papal  Masses seem to have much  less Eucharistic discipline than those Pope Francis celebrates inside of churches.  NTL, I still think  the Holy Father, himself, thru MSGR Marini,  is trying to put the 'Kebosh' on Hand Communion.  I have searched the www high and low for pictures of Pope Francis placing the Host into someone's hand.....I can't find even one!  Maybe someone can prove me wrong?
feel free to comment!!!  or maybe make a friendly wager with me about what we will see for the First Communion Mass or the Feast of Corpus Christi??!!!  (I'm betting on reverence and beauty!)  or a wager about when MSGR Marini will be fired???? (I'm predicting he stays AT LEAST two more years and then becomes prefect for CDWDS!)

The only items that both liberals and traditionalists seem to be able to focus on and thus satisfy their foregone conclusion that Francis is a 'progressive' continue to be:
1) lay female foot washing
2) no mozetta
3) no red shoes....

Given that pro-abortion Catholic politicians are feeling his wrath in Argentina and the high-and-mighty have been shut out of Holy Communion photo-ops (Americans as well) , the Holy Thursday dust-up along with items 2 and 3 were a a good trade!!

Posted by Kneeling Catholic at 5:04 PM No comments: