Nathan Cohen's 2016 Imbeciles: The Supreme Court, American Eugenics, and the Sterilization of Carrie Buck is reviewed at the 2016 Virginia Festival of the Book.  The whole video is a must see.

Cohen, a former ACLU lawyer, points out villains galore...his former employer, a Jewish Supreme Court Justice, Progressives, Suffragettes, Conservatives, Darwinists, Preachers, Capitalists, and especially Politicians and Lawyers.  He does not shrink from mentioning the DIRECT connection between American Eugenicists AND  Hitler AND the Nazi's policies.

Finally at 38 min 35 Sec, when asked if anyone had tried to stop the American Eugenics craze, the author relates that "The Catholics were, largely, the heroes of this story....."

Please listen to the entire segment...but really tune in at 38:35!!

Posted by Kneeling Catholic at 2:24 PM No comments: 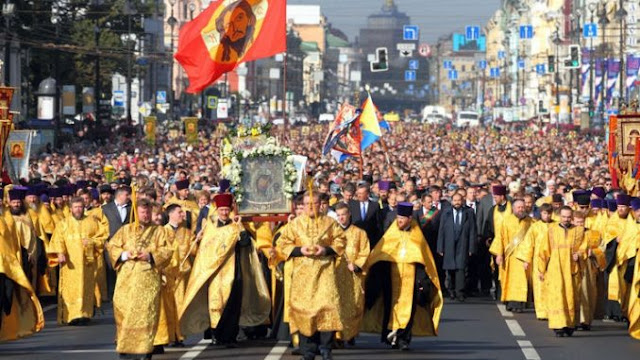 Let me give you a hint:  It's about the MAN on the banner.  The Russian Orthodox Church is booming and that nauseates them, the elites.  Russians gave up  Communism for........ this?!!
Our government and media must try to quash this news. Although it might play well with American atheists to know our government is picking a fight with Orthodox Christians, it definitely would not do so well with many on the American Religious Right.  Most of them think Russia is still exporting atheism. How else can our experts  keep  hillbillies stirred up about Russia and keep on beating the War Drum? SHHHHH!!!

Sometimes--however-- the truth seeps out. Earlier this year CNN really did let their guard down....listen the young man at 1:55 of the video.....

its all about abortion, homosexuality, education and museums 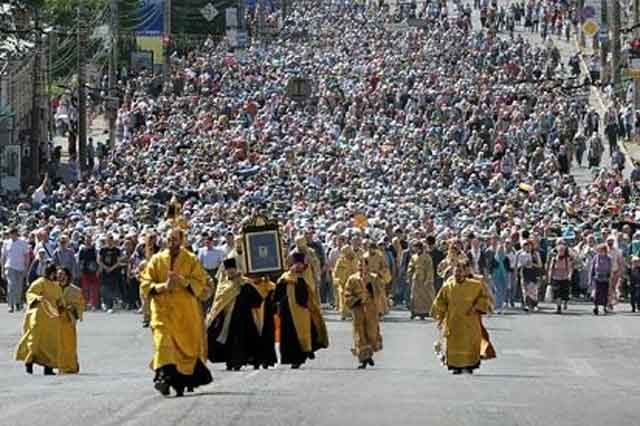 The above portrays the culmination of a July 2016(correction 2017!!!!) pilgrimage in Kiev which Ukrainian Nationalists unsuccessfully attempted to block. They viewed it as a Kremlin Provocation. here too.  This year's was even larger! BTW those Ukrainian Nationalists are the same people that our media and REPUBLICAN politicians  are backing against people like those in the photographs.


see some more of Putin's provocateurs  :-) 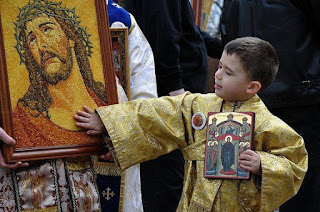 (Look! it's the guy that hacked Podesta's email!) 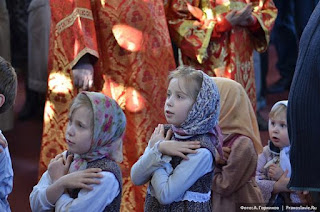 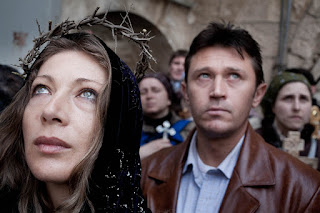 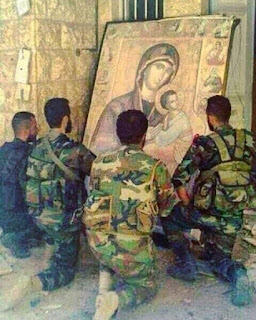 Posted by Kneeling Catholic at 4:55 PM No comments: