Queen Sofia of Spain can kneel! 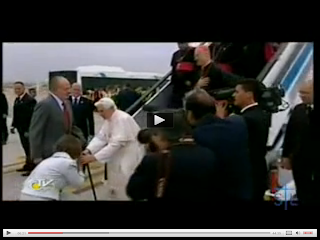 http://kneelingcatholic.blogspot.com/search?q=queen ,
k.c. published a photo of her Highness, Queen Sofia of Spain, --breaking convention--refusing to kneel and then taking Communion in the hand from the Pope. K.c., and others who were scandalized, got chided for jumping conclusions and being un-charitable "Is it possible that the woman has a bad knee and is unable to kneel? I’m just askin’" more charitable commentators opined.

Gloria.tv has video of her greeting the Pope earlier today. k.c. is thankful that her Highness has gotten over her stiff joints!! k.c. will also 'look the other way' when her Highness receives Jesus this time around..............NOT!!!!!!!

Posted by Kneeling Catholic at 2:11 PM