Dear Holy Father Francis! Please consider the confusion you are stirring up in the minds of the poor!

The red print below is an article Rorate Caeli printed. I include it because it resonates sorrowfully along with a recent sad experience I relate underneath. Archbshp Chaput has also written about the confusion which is enveloping the Faithful in the wake of His Holiness' initiatives.

The Nests of Yesteryear
by Juan Manuel de Prada
ABC [Spanish], Sep. 21, 2013
I am unaware if I was insane before;
but today, reading a certain interview,
I felt that I played the fool all these years.
Democracy, Somerset Maugham taught, is a party to which all are invited, but in which you can then enter only if you lavish the doorman with gifts. Old theology called lavishing the doorman "flattering the world". We notice that the words of Somerset Maugham are quite true, for instance, by the way in which democratic politicians profess their affiliation: a left-wing politician admits he is a left-winger so happily, and proud to be so; a right-wing politician, on the other hand, presents himself with an inferiority complex as a "centrist", or a "reformer", or any other silliness used at the time, but he will not say even if he is tortured by squeezing his nipples that he is a right-winger. When someone declares himself to be of the right, he becomes ipso facto a party-pooper of democracy; and what democracy needs are cheerleaders, not party-poopers. I suppose that, at this very moment, there is not in the world a single democrat, from the Pope downwards, who dares say he is a right-winger.
Another way to cheer democracy consists in not mentioning those matters that democracy considers difficult and of the Catholic underclass, as, for instance, abortion. In Spain, for example, there was a time in which the party-pooper right-wing, in order to carry votes from the Catholic underclass, began to pester about these questions, filed appeals arguing the unconstitutionality of its practice, and even promised that, once it reached power, it would change the laws that support them. But, once power was attained, the right decided that it was time to cheerlead democracy; and, since then, it decided to put these difficult matters on hold. A true democrat should not speak of certain difficult matters, because they will tell him that he is obsessed (as if denouncing the thousands of growing lives that are thrown away every day in the dumpster were an "obsession"); and, if you are a democrat struggling with your beliefs, you must, in every event, see, hear, and keep quiet, under pain of being considered from the Catholic underclass.
I was not born to see, hear, and keep quiet; therefore, for my personal health, I choose from this day forward to avoid seeing or hearing certain things, in order not to be forced to keep quiet, as I do today. On a certain occasion, a reader wrote me a letter asking me, if one day I lost my faith, not to allow this to be revealed through my articles, because it would inflict a very deep wound upon those who, like her, fed their [faith] by reading me. There are things that, even when one wants to, one cannot let go: it happened thus with Jonah and his duty of preaching in Nineveh; and it thus happens with me regarding my faith. But Saint Augustine taught us that, even though we must never refuse martyrdom, neither must we deliver ourselves to it senselessly.
I who am the most senseless man in the world spent many years delivering myself joyfully into martyrdom, in a battle with the world that left me in shreds, with my literary career thrown in the wastebasket and turned into the laughing stock of all my colleagues; and I made this daily exercise of immolation joyfully, because I considered that my obligation was not to please the world, but to fight it until my last breath.
Where there were nests yesteryear there are no birds this year, Don Quixote tells us, when he comes back to his senses. I am unaware if I was insane before; but today, reading a certain interview that kicked up a dust cloud, I felt that I played the fool during all these years.
And, following the example of the distinguished interviewee, I will dedicate myself from this day forward to pleasing and flattering the world, in order to avoid its condemnation.

‘I guess I don’t need to go to Church anymore’

I recently had a conversation with a strikingly beautiful  woman, a Mrs. X , shortly after ‘the Pope’s Interview’.

By way of background…


Mrs. X was born in Germany in the 1960s. Her father’s family returned there after fleeing their native Ukraine to escape the Soviet Union’s annihilation of its German Catholics during WWII. In the mid-1930s, one of her father’s cousins, a bishop in the Crimea, achieved martyrdom, being executed under direct orders from Stalin. Her family has a particular devotion this un-canonized saint. 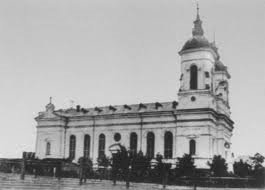 Mrs. X comes from the working class. Her father installed elevators. Her mother, like she, a housewife. Mrs. X's highest level of education was trade school.. Mrs. X’s family has never owned a new vehicle. Her husband drives a 80s model, she drives her ‘new car’, a 2003. This is silly to mention, but in light of His holiness’ condemnation of luxurious autos, maybe he could grant Mrs. X some credence?

She has had diabetes since her childhood, yet has  herself three children. i.e. she has not been afraid to take on a heroic risk to her own health to eschew contraception and live in accordance to Humana Vitae.
She kneels for Holy Communion.

I ran into Mrs. X after she had just heard what NBC nightly news was reporting about the Pope’s words. She was exasperated. Her take-away from the Pope’s 12,000 word interview?


‘I guess I don’t need to go to Church anymore’

What I am seeing here is that Pope Francis' style—
is engendering bewilderment from among the Church’s most lowly and dedicated servants …like Mrs. X.

Mrs. X – and I am sure many others-has had a simple trust that Jesus Christ would always grant the world a Pope who wouldn’t contradict earlier Popes. To them it would be like Jesus Christ contradicting Himself. She thinks that this is now happening. Whether or not this is actually the case can be debated. At any rate, she is not going to listen to the-likes-of-me explain things like ‘nuance’. She sees the Church's enemies rejoicing at Francis' words...

I think many, like Mrs. X, perceive that their safe world---a world where a loving Father reigns who teaches clearly and does not confuse---has vanished. They honestly do not know what to believe. The thought emerges that maybe Pope Francis loves to talk to and about atheists so much because the atheists are mostly right? i.e. That the Church has no right to teach Right from Wrong? The Church’s mission is to seek ‘solidarity’-whatever-that-means?
These poor people have staked everything on the belief that God Incarnate has endowed the world with a RELIABLE and IDENTIFIABLE HUMAN teaching institution known as the Church. And it is very close to atheism for them to accept that God wouldn’t want to do that for the world and that maybe He never has; that perhaps Francis is the first Pope to figure this out. Can it be that Francis is the first pope to realize the Church has been teaching wrongly for 2,000 years? And, if all others have been wrong, then what guarantee would people have that Francis has suddenly gotten it right?
Dear Holy Father Francis!

Please take heed of the confusion you are

stirring up in the minds of the poor!


Posted by Kneeling Catholic at 7:49 AM