This is an excerpt from a NCRegister interview from June 2012.  Professor Meyer, an Alsacian descendant raised in the South of France, reminisces how that 50 years ago 100% (!!!!)of Alsacian* men and women went to Mass on Sundays.

I'm afraid I do not understand the Holy Father's apparent animus towards people who look fondly back at those 'good old days'.  They were not only good-old-days.  They were beautiful and holy old days.

>>>>>>>>>>>>>NCR:I think I read somewhere that you had, to some extent, a conversion yourself, in terms of philosophical viewpoint.

MYER: As a historian, I was a Marxist; so the agrarian problem was the key to everything, and I came with the idea, as I told you, that the few mentions of the Cristeros were that they were just the puppets of the landlords in order to impede an agrarian reform. Very quickly I discovered that it was not true. So I left my Marxist ideas and accepted more the … thesis that the superstructures may change the structures and not only the structures determining the superstructures.
And the deep Christian faith of the Mexican people confirmed 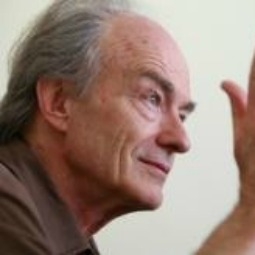 my own Catholic faith personality.
I was educated as a Catholic in a very practicing family, and I never stopped being one, but I discovered a new dimension, because in France — in my France, because I was born in the south of France in Provence — in contrast with Alsace, in Alsace the churches were, it’s not true today, but 50 years ago, 100% of the men and the women went to Mass on Sunday … everybody was very religious.
But in Provence, it was very different. In Provence, maybe 20%, 30% were practicing. A very, very high practice for today, but I think that today 8% or 10% only. So, the Mexican people confirmed me in my Christianity.<<<<

*Alsace is a section of eastern France along the Rhein river, which has sometimes belonged to Germany
Posted by Kneeling Catholic at 10:01 PM